Our reality is defined by a continuum. Generations learn from previous ones, grasping means and learning skills they carry along with them and then pass forward to the next ones. Styles repeat one another: the new ones are somehow inspired by the old ones, dressed in evolved ways to communicate aesthetically. Children adopt their parents’ ways like apprentices learn from their mentors. Nothing is born in a void: things are constantly changing in our world, and each change is linked to something old. Everywhere we look, there are endless chains that have roots somewhere far away in the past.

In 1967 Kari Virtanen was 19 years old and had just established his own woodworking studio in the old space of Nikkarinkoski joinery in Seinäjoki, Finland. Looking for his first jobs, Virtanen was contacted by Alvar Aalto‘s architecture studio. At this point Aalto’s works had been strongly noted and appreciated around the world. They represented modern design at its best.

The first project Virtanen had with Aalto was the parish hall of Lakeuden Risti church in Seinäjoki, to which he manufactured multiple wooden parts. Along came various other projects with Aalto, for example the library and the theatre of Seinäjoki. Together with Alvar Aalto and other makers Virtanen defined the characteristics of Finnish design and architecture that were later on printed in the books of history. Working with Alvar Aalto was a learning experience for Virtanen and guided him to deeper understand his own style preferation. Still today Nikari’s values lie meaningful, uncompromising craftsmanship and understanding of beauty.

Alvar Aalto learned his skills and understanding of aesthetics from his predecessors and peers around him – and the same way Kari Virtanen carries and passes forward the same ancient continuum of understanding, knowledge and skill. 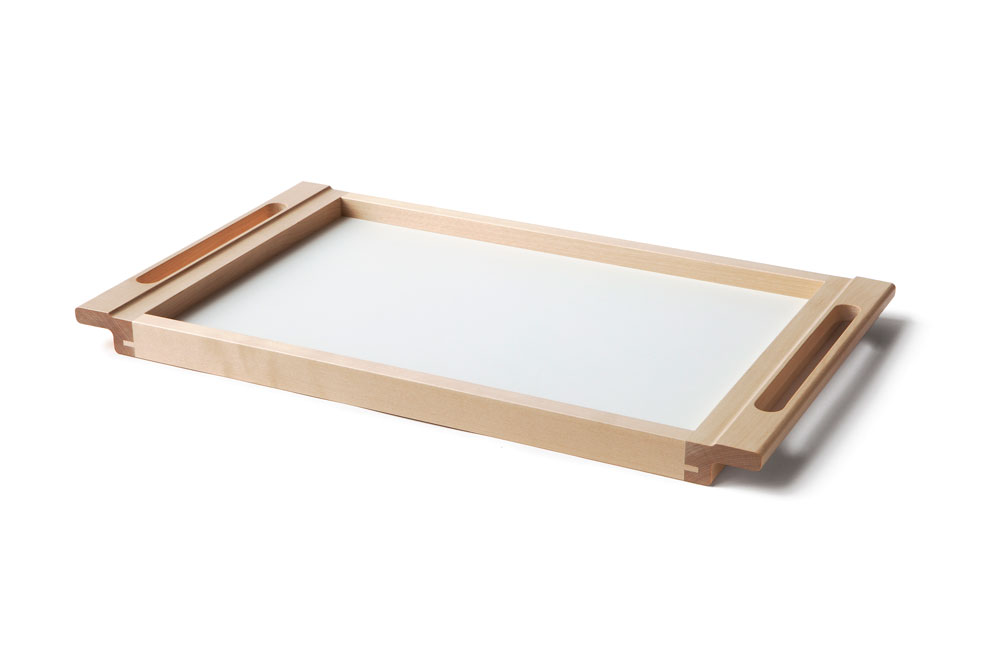 The Alvar tray by Alvar Aalto is the oldest product in Nikari collection. The original Alvar trays are still in use in the Lakeuden Risti convention center they were made for.